In 1985, three brothers came together and filled their pick up truck with merchandise from the Los Angeles Produce Market. They traveled door to door selling off as many cases as they possibly could, with the intention of one day making a name for themselves. As the weeks went by, a clientele base developed, and soon after the brothers outgrew their original truck operation. With just themselves as employees rotating responsibilities, and without a forklift to ease the burden, they still pressed forward. In just a year, Tapia Brothers went from operating out of a truck, to a 7000 square foot warehouse, and then in almost no time, into the place they still call home today: their Maywood headquarters.

By placing customer relationships over profits, Tapia Brothers Company has forever redefined the food service experience, and have successfully emerged as an industry leader. They serve over 4,500 customers in eight of the Western states through its four distribution centers, together totaling over 400,000 square feet:

Today, Tapia Brothers Company continues its modest yet steadfast expansion while reliably fulfilling the growing needs and expectations of its clientele. In 2014, they expanded their corporation yet again when the company opened its very own USDA processing plant, named ‘Kitchen Cuts.’

Through cherishing and abiding by the very principles that have made all of their accomplishments possible, the company strives to instill, promote, and live by a service that its customers have come to both rely upon and trust. With a growing family, and almost 30 years of success behind them, the brothers reflect:

“We started as a small produce company selling product out of the back of a pick-up catering to privately owned independent restaurants and cafes. Today we are recognized as a full service broadliner carrying over 12,000 items and have expanded our clientele to include multi-unit chain accounts and government institutions.”

We pride ourselves on having never lost sight of the importance and value of personal service. While huge broadliners keep buying out other family distributors, we keep family as the cornerstone to our success. To the Tapia Brothers family, the customers are our family, not a number.”

We are that company that you can rely on. We are Tapia Brothers, the brothers you can trust. 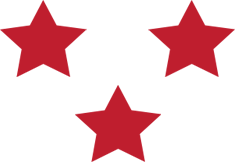 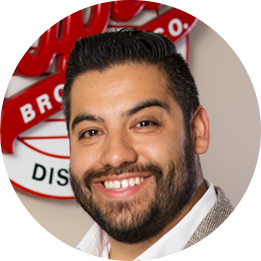 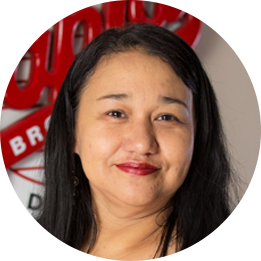 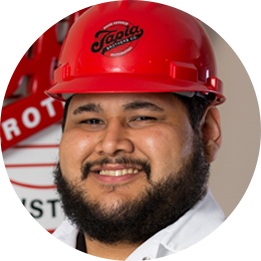